A forum for all those who own and love the Jaguar XJS, in all its guises!

Now I finally got my act together and took some photos of the XJS last sunday. 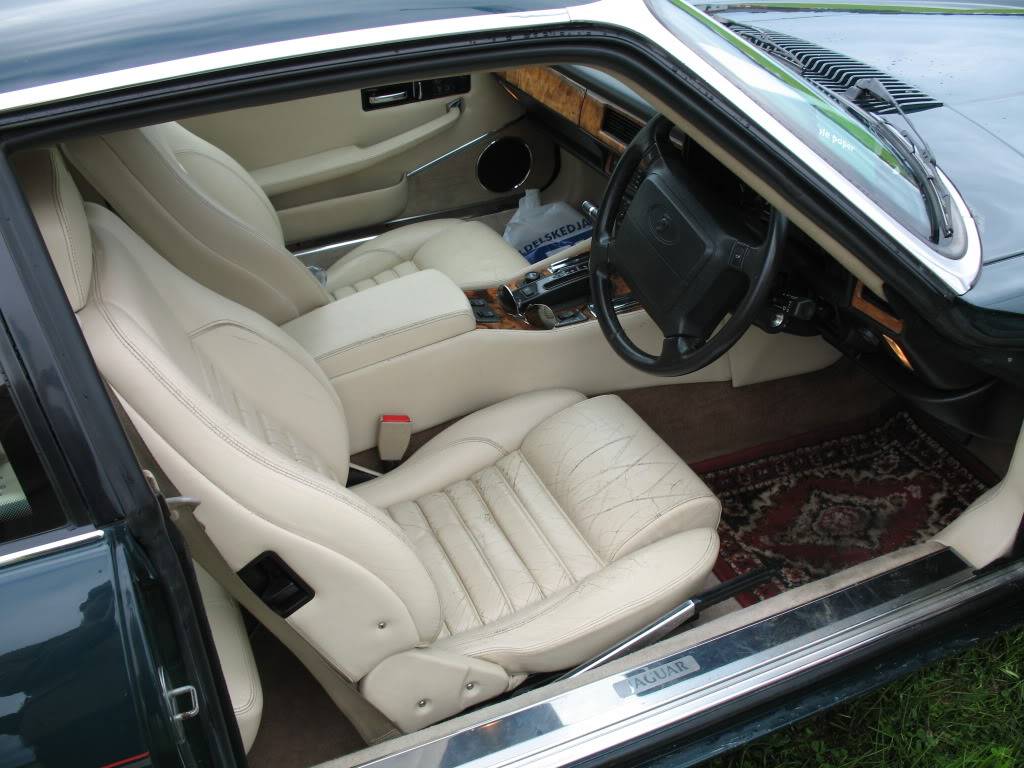 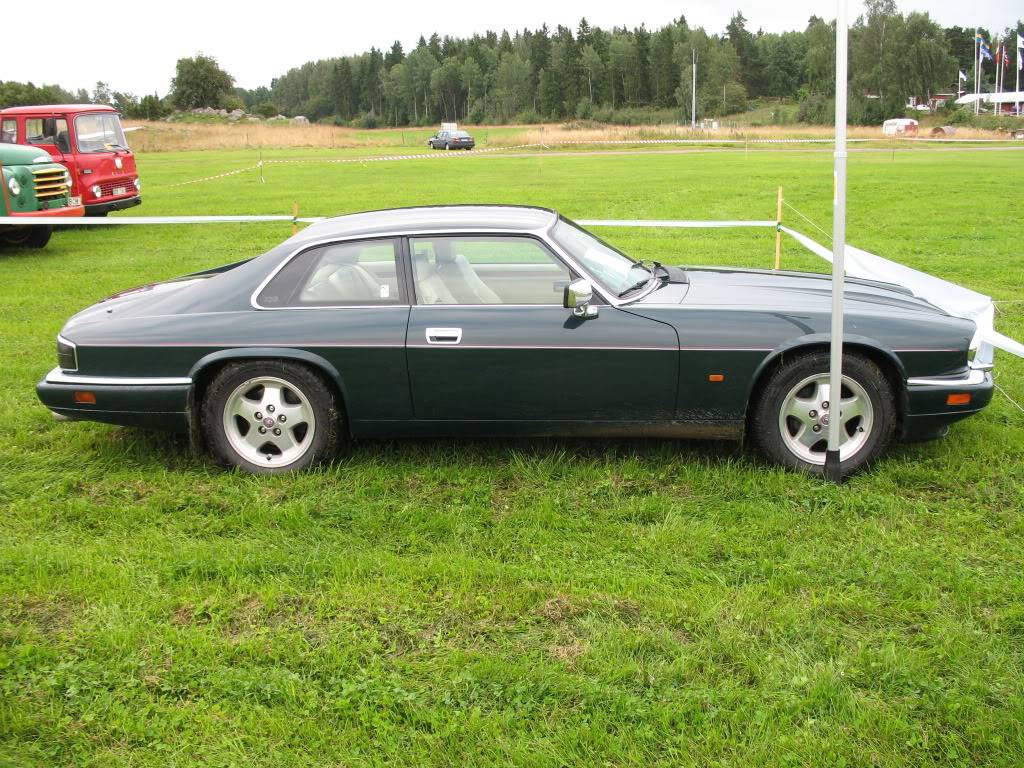 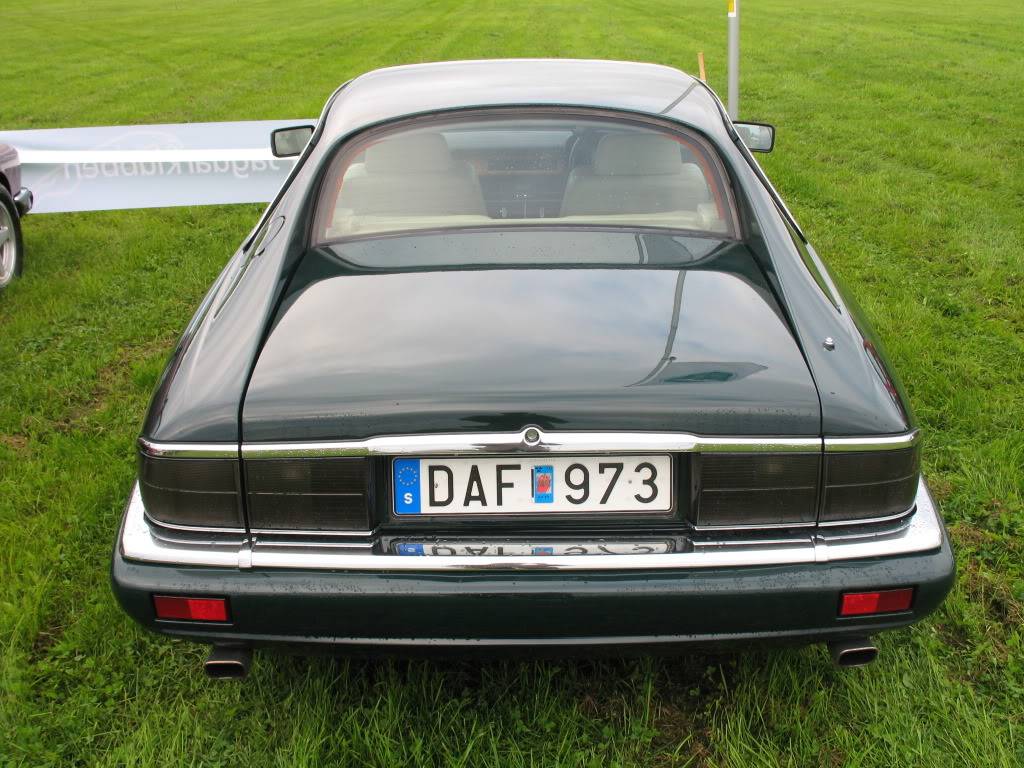 Yay! THanks for posting the piccies!
Loving the front mats.
Looks in great condition tho. Are those standard exhausts or custom?
_________________
Esta-Jane
www.projectjaguar.co.uk

Yes, they where standard in 1994, my 1995 had the oval X300 type when it was new.
I think the square ones came together with the plastic facelift bumpers.

I didnt realise how the exhaust tips had changed, the square ones I dont think I have ever seen before. I think I would like the X300 ones too.
_________________
Esta-Jane
www.projectjaguar.co.uk

Thank you for the replies.
To be honest, the car looks better on photo than IRL. I really like the colour.

As far as I know the exhaust are original. Not sure, but I think they were square on V12 cars and round on 6-cyl ones at this time.

Here´s some links to photos of my XJ40, for those of you who like that kind of thing:

all still during the winter

I have not posted anything here for a while. The basic reason is that not much has happened during the winter.

Well, I managed to change the coolanant and the thermostats. And the low level sensor for the screenwash fluid.
Also I have installed a new undertray. Thats the big plastic thing under/behind the front spoiler.

So I guess a little has happened after all.
The big thing is that I hope to take it out from the garage soon. Hopefully in April. It depends on the weather.
Tried to start it up last saturday, and there was no problem there. Me happy.

This weekend I started up a small side-project. On the centre console. Most of the lights that are supposed to illuminate the buttons were broken. I thought it would be a nice little project to fix that.

However, when I had the stuff on my kitchen table, I could quit easily take the buttons apart. That looked like this:

A closer look on the internals of the buttons. The blue bulbs is for background illumination. The other is lit when the button is pressed.

The bulbs can be changed with some soldering and a lot of patience. The bulbs are really tiny

By the way. The bulbs are white. Colour comes from a coloured rubber cap that can be removed and reused if you are a bit careful.

With that done It was simple to reassemble the buttons. The illumination of them now works "on the bench" so to speak. Hopefully it will stay hat way when they go back in the car.

And I do hope that you can understand my english

Good work there!
Yes, still quiet here isnt it. Im hoping it is just that everyone has taken a break from their Classics over the winter ...

All still during the winter pt 2

My tale of small lightbulbs continues.

When I got the buttons sorted as described above, I turned my attention to the trip computer/clock unit. I had done damage to it during removal, so I figured that I did not have much to loose by fiddling with it.
If anyone wonders what part I’m talking about, the unit can be seen I the middle of this picture

Spoiler: this is actually the “after” pic. I did manage to get it back together.

The problem that started everything was that the illumination for the buttons on the unit itself and also the illumination for the clock did not work. The bulbs for the clock were easy to get to. There are two of them and they are located at top of the unit. The only problem being that the bulbs themselves are soldered to the holder. I did manage to both solder the old ones off and new ones in. I did do a bit of damage to one of the holder, though. We will have to see if my fix will work in the long run here

The bulbs for the buttons were more difficult. To get to these, you have to break a warranty seal on the back of the unit.

Having got the unit opened I discovered that the bulbs in question here were soldered directly to the circuit-board itself. I do wonder a bit why Jaguar made these bulbs so hard to get to.

Picture below shows the internals of the unit.

Once again each bulb has a small blue rubber cap. This can be reused if one is a bit careful in removing it. I’m not very experienced in soldering, so this was fiddly and took some patience, but finally I did manage to replace the old bulbs.
The next step was to see what could be done to the damage mentioned earlier. The correct way of removal would have been to fist pull the fog-light and interior light buttons out in some way that do not damage the trim. That gives access to two screws that secure the trip computer/clock unit to the car. The unit can then be pulled straight out. What I had done was to destroy all things that held the front of the unit to the back end of the same.
I used some strong glue and a bit of tape to put it all back together. I think that, when installed in the car, you will not be able to notice this. It can not be seen without taking the unit out again.


Haven got this far the next step was to test it all inside the car. I have only done a short test so far, but things look good. I’m positive that it will work as intended.

That´s about all that has happened here regarding the XJS. Except one small thing. I did tak the car out for a spin last Sunday. As far as I could tell the car felt just as it did last year. No new sounds or noises.
Me happy.